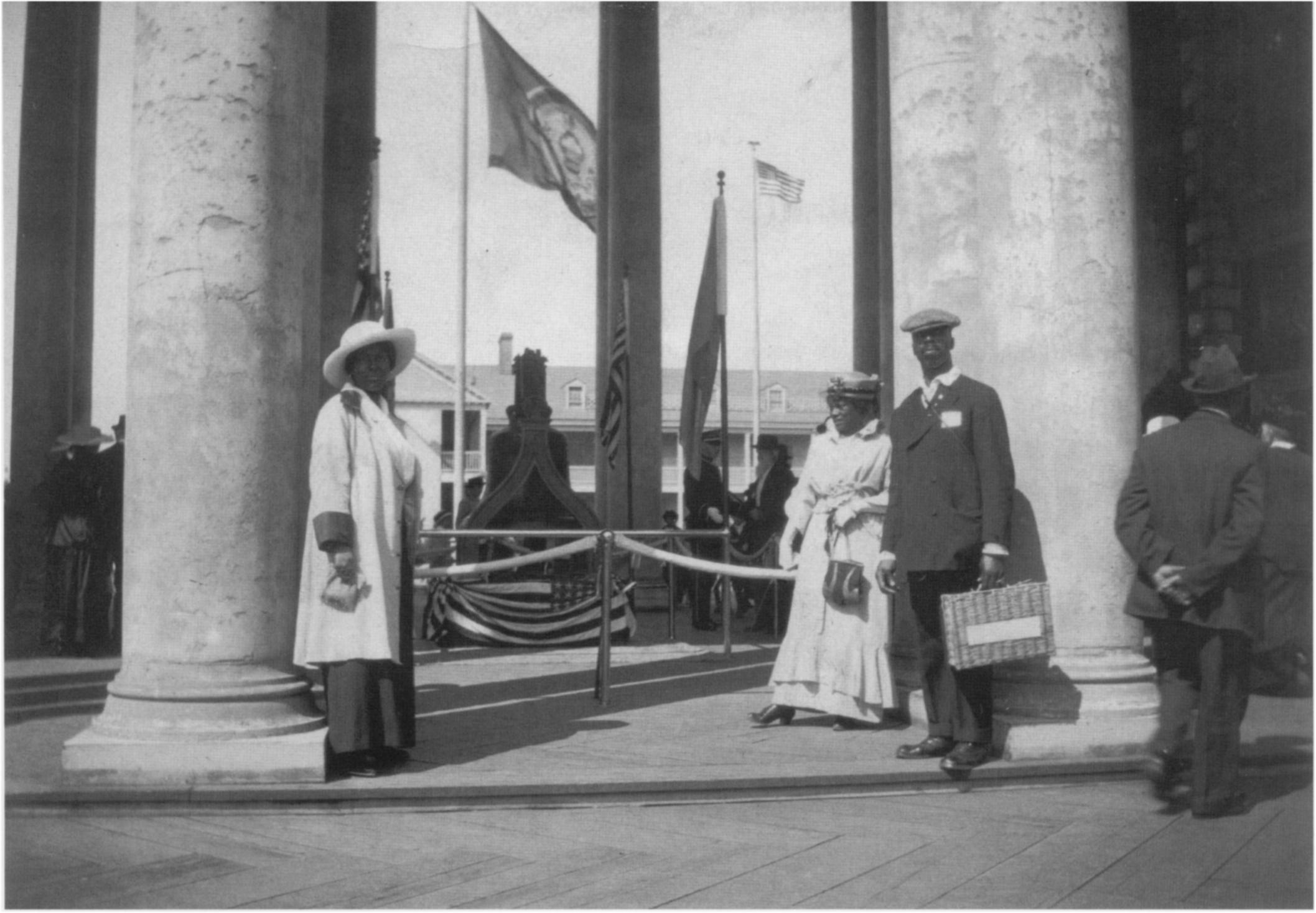 It was an otherwise typical spring day in San Francisco when the journalist Delilah Beasley made the journey across the bay to the Panama-Pacific International Exposition (PPIE) from her home in Berkeley on June 10,1915. Beasley, writing simultaneously for northern California’s mainstream daily and largest newspaper, the Oakland Tribune, and for the black newspaper, the Oakland Sunshine, had visited the world’s fair before. But this time, she went with a different purpose: to witness the Bay Area’s African American citizens as they marched in a parade at the state’s most spectacular event of the year. Beasley and other African Americans believed that the PPIE was an ideal setting to assert their presence as citizens. Black Californians looked to Beasley, one of the state’s most influential black reporters, to convey news about cultural events and the pressing political concerns of a population living through the age of Jim Crow.

Beasley had moved to California in 1910, already a newspaper woman. Born in Ohio in 1871, she began her career in journalism in the Midwest, writing for the Cleveland Gazette as a teenager. She also studied to be a nurse and a professional masseuse, jobs that took her west to Berkeley with a client. But a lucky break and a tremendous commitment to the progress of African Americans?landed her an extraordinary opportunity in the world of journalism: writing for the leading white and black newspapers of the East Bay’s largest city. A race woman2 and active member of the black women’s club movement, Beasley informed readers of the wonders of the world’s fair. But what did fairs?and their promise of education and entertainment on a grand scale?mean for the state’s African American population? And how would a black reporter interpret their possibilities?

The year of the fair, 1915, marked a pivotal moment in the history of black Californians. In that year, African Americans formed northern California’s branch of the National Association for the Advancement of Colored People (NAACP) and organized a massive outcry against the degrading portrayals of African Americans in Thomas Dixon’s play, The Clansman, and D. W. Griffith’s newly released film version, The Birth of a Nation. Beasley interpreted these events for a large California readership. Her viewpoint as a journalist and her role as a historian make her a compelling figure through which to examine the convergence of these events in state history. Her commitment to the women’s club movement and the rights of black citizens provides a provocative lens through which to rethink the fair and the state of race and gender politics for black Californians.

Like other U.S. world’s fairs, the PPIE empha sized nation and patriotism for a largely European-American audience. African Americans’ participation in the fair underscored the ways in which all black citizens, and especially women, found themselves pushed to the margins in state and national politics. Though women had been granted full suffrage by California’s male voters four years earlier, they were not yet considered equal participants in matters of state. Yet black women refused to stand on the political sidelines; they took the lead in the state’s branches of the NAACP, moving seamlessly from their work in the black women’s club movement and churches to the “race work” of the nation’s earliest civil rights organization. Beasley and other African American women used the fair to carve out real and figurative spaces in which to articulate their political agendas and challenge Jim Crow. By harnessing the language and symbols of patriotism so prevalent at the fair, black Californians men and women claimed the nation as their own at the precise moment that the social and political influences of Dixon’s and Griffith’s works attempted to erase their history as citizens.

Asserting citizenship was a gendered affair, how ever, and the language and symbols available to women differed from those accessible to men. To counter negative stereotypes, Beasley and other club women sought to convey a message of respectable black womanhood. With imagery that often invoked family and domesticity, race women pushed at the definitions of state, nation, and womanhood. In their efforts to redefine pos sibilities for black Californians, they used every venue at their disposal: the press, the church, public parades, and exhibitions.

When a new technology called motion pictures made its world’s fair debut at the PPIE, media savvy Beasley anticipated its revolutionary potential to change hearts and minds. From her desk, she sensed the time was right to change African American history amid the intersection of two contested and highly visible cultural events: a world’s fair and a motion picture, both attended by millions and both launched in her new home state.

Scholars often have looked to world’s fairs, such as London’s Great Exhibition of 1851 or Chicago’s World’s Columbian Exposition of 1893, to understand particular societies at particular times. Robert Rydell, for example, has argued that fairs have helped to make sense of the upheaval and social disorder of industrializing societies by providing a “community of shared experience.” Society’s elites organized fairs in order to present particular visions of a well-ordered hierarchy that, not incidentally, married the ideas of progress and white supremacy. The sheer popularity of the eleven international expositions that occurred in the United States between 1876 and 1916 demonstrates that Americans were, at the very least, attracted to this shared experience and its unique combination of education and entertainment. If, as Rydell has posited, “elaborate racial fantasies about California’s history” permeated the PPIE, what were they and what did they mean for African Americans? What do the responses of black Californians to the PPIE tell us about African American citizenship and gender in 1915, at the height of the era of Jim Crow?

While there has been a significant amount of scholarship about the PPIE, most of it has focused on the exhibits, the architecture, and the planners. Less has been written about spectators and next to nothing about African Americans. This has partly to do with the difficulty in locating sources; we do not have records that indicate the number of black men and women who attended the fair or the names and backgrounds of the African American workers, for example. The story of black Californians and the PPIE also has been eclipsed in the historiography by the better known and dramatic history of African Americans and the 1893 Chicago exposition. But given the lessons that world’s fairs impart about the place of race in the state and the nation, the prominence of the PPIE in California’s history, and the timing of the fair with one of the most significant protests in California black history, the response of African Americans to the PPIE deserves further consideration.

Read the full article here. Learn more about California History from the University of California Press.

Professor Lynn M. Hudson teaches courses on slavery and abolition in the U.S., western history, social movements, public history, and the history of gender and sexuality. She is a specialist in African American history and has been active in women’s studies and ethnic studies programs. Her book The Making of “Mammy Pleasant” A Black Entrepreneur in Nineteenth-Century San Francisco was published by the University of Illinois Press in 2003.  On April 30 she will participate in a panel discussion at the California Historical Society titled African Americans in San Francisco: Before, During, and After the PPIE.