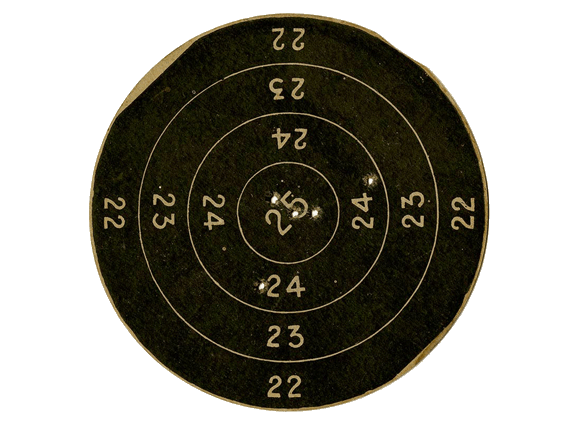 On June 11th, 1915, The Hebrew announced that “the greatest shooting festival ever held in America” would be celebrated at Shell Mound Park in Emeryville in August and September in connection with the Panama-Pacific International Exposition. According to Arms and the Man, men and women from around the world evinced a “lively interest” in the upcoming Grand Prize Shooting Tournament, in part due to “the war in Europe, the revolution in Mexico and other disturbances between warring nations which emphasize the vital importance of superior marksmanship” (June 10, 1915).

The Hebrew and other San Francisco Bay Area newspapers continued to cover the festival with great excitement, leading up to and following its opening day on August 8, 1915. On the second day of the tournament, the prize was taken by “the lady champion rifle shot of California” (San Francisco Chronicle, August 10, 1915), Mrs. Captain Chris (or Christian) Krempel, who scored a bulls-eye in her first shot. The Oakland Tribune captured PPIE’s own Annie Oakley on camera, declaring this marvel of sharpshooting a “modern Diana” (August 15, 1915). A native of Los Angeles, Mrs. Krempel held the Middle West championship title for rifle shooting; a regular 32-40 Winchester rifle was her weapon of choice.

The California Historical Society holds records and realia of PPIE’s Grand Prize Shooting Tournament as part of its collection of San Francisco Schuetzen Verein records. Founded in 1859 as a militia and shooting society for Germans in San Francisco, the Schuetzen Verein evolved into a social and athletic club that sponsored shooting festivals and events throughout the Bay Area. The group was critically involved in the organization of the San Francisco International Shooting Festival Association (incorporated in 1912), which hosted the 1915 shooting tournament.

The collection includes a wonderful array of records, publications, manuscripts, ephemera, and realia documenting the festival, including programs, tournament entry cards, a shooting record book, a scrapbook (from which the quotations above were gathered), an assortment of targets with bullet holes, a metal box, and a still-working embosser.