In May 1914, the Fair Commission contracted with the San Francisco Fire Department to operate the Fire Protection facilities at the Panama-Pacific International Exposition. An agreement between both parties meant the San Francisco Fire Department would supply the manpower for the fire protection equipment and the Fair would provide the stations, apparatus and other firefighting equipment.

According to experts on fire risk, there was not an area in the world that was as safely guarded against conflagration as California’s $50,000,000 Panama-Pacific International Exposition. On the 635 acres of highly inflammable structures, practically every known agent for firefighting was installed, from water to chemicals, and from high-powered motor apparatus to automatic sprinklers and alarms.

The American LaFrance company won the coveted award for providing apparatus for the Fair. Ten pieces of apparatus were leased to the Exposition Fire Department. The Guardians of The City have marshaled three of the four known units that are still in existence, and they will be on display for the CENTENNIAL COMMUNITY DAY CELEBRATION.

This article was written by Bill Koenig, Trustee & Treasurer for The Guardians of the City. 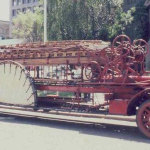 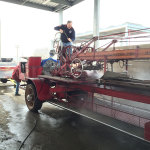 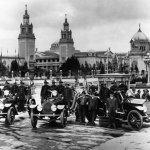