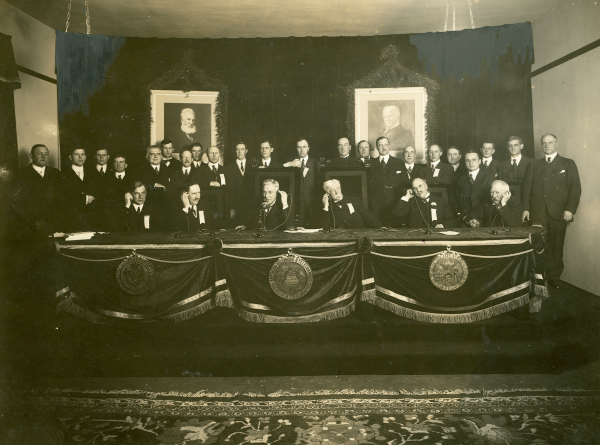 The call was the culmination of a decades of labor, the installation of 130,000 telephone poles and 2,500 tons of copper wire, and a key innovation known as the vacuum tube amplifier that made it possible to extend the New York-Denver circuit to San Francisco.

Earlier this week AT&T and the California Historical Society unveiled the four original telephones used to make this historic call. The phones will be on display as part of the exhibition City Rising: San Francisco and the 1915 World’s Fair, opening on February 22nd. Read more about this important event on the AT&T Innovation blog.