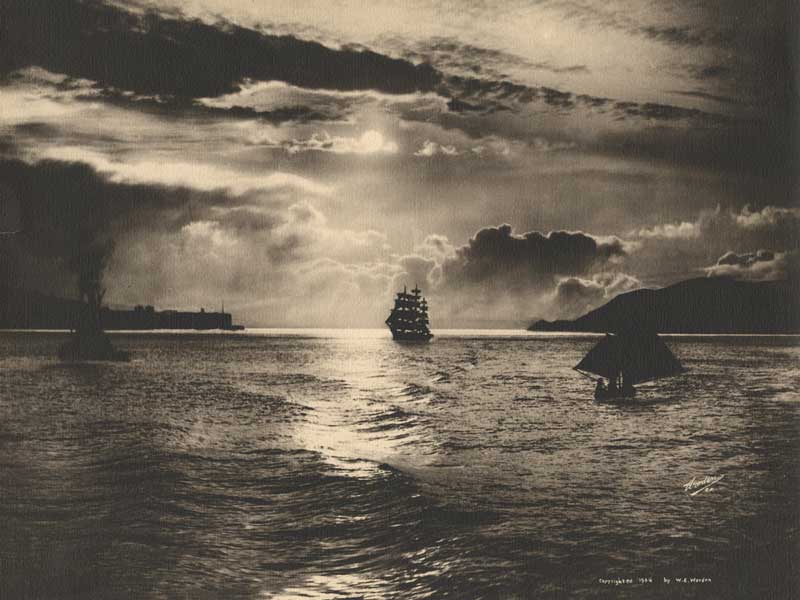 Boom: A Journal of California is a magazine with a mission. Editor Jon Christensen explains that at “Boom, we think of our mission as opening up conversations about California in the world and the world in California. Today, we live in many worlds. The Pacific is not the only one. But it is arguably the most important one for California—and one we still haven’t figured out.” The latest edition of the journal looks backward and forward at California’s complicated relationship with the Pacific on the occasion of the Centennial of the Panama-Pacific International Exposition. The first must-read article in the magazine is a remarkable introduction to California’s pacific ties, written by historian Thomas J. Osborne:

In 1846, the soldier-surveyor-explorer John C. Frémont wrote that the maritime passage between San Francisco and the Marin headlands was “a golden gate to trade with the Orient.” Frémont was right. For most of the next 100 years, San Francisco reigned internationally as the dominant port in the Pacific, commercially and militarily. To celebrate its place in the Pacific world—and the opening of the Panama Canal, which city leaders hoped would cement its position—San Francisco hosted the Panama-Pacific International Exposition (PPIE) in 1915.

Fast forward to 2015. San Francisco no longer dominates Pacific trade, and other ports along the West Coast have been preparing for a new and enlarged Panama Canal, which will make for uncertain waters in transpacific trading. If the near future of California’s involvement in the Pacific world seems unclear, the prospects for the Golden State’s ocean commerce in 2115 are as fog-shrouded as a San Francisco summer.

Whatever lies ahead, we know California’s future is deeply tied to the Pacific world beyond our shores. After all, California literally emerged from the Pacific, geologically speaking, and has been formed and reformed by Pacific migrations, commerce, military action, and culture. A look back at that history in this centenary year may help cut through the fog, allow us to better understand our present uncertainties, and, perhaps, see the outlines of 2115 and beyond.