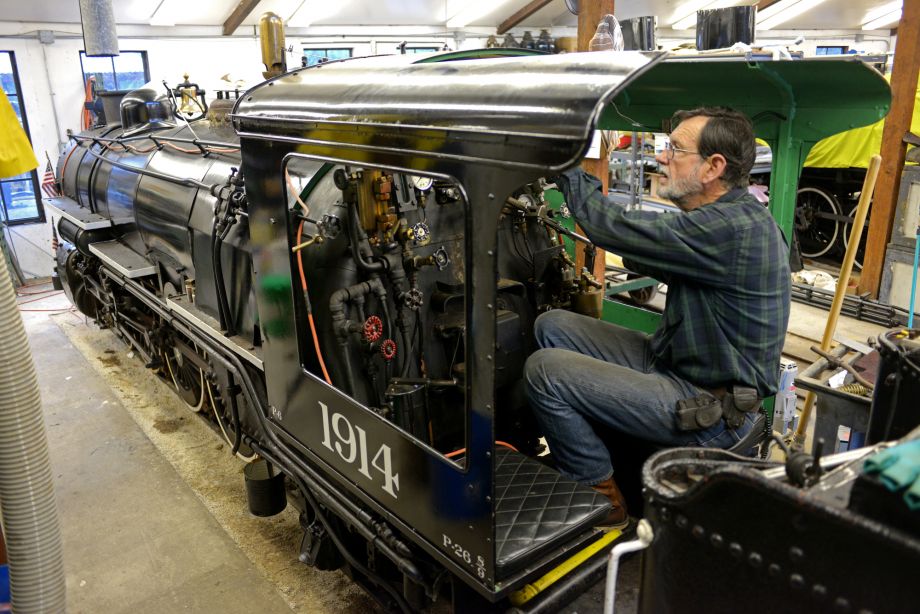 In 1913 Oakland resident  Louis Mac Dermot commissioned a miniature railway to help convey visitors to and through the Panama-Pacific International Exposition. Carl Nolte of the San Francisco Chronicle explains:

He called it the Overfair Railway, and the last spike was driven on Oct. 16, 1914. It operated the whole run of the fair, from February to December 1914. Though the fair was a huge success — it attracted close to 19 million visitors — the Overfair Railway was not much of a hit.

The four engines and accompanying cars traveled around the Bay Area, making appearances at the Oakland Zoo and in Calistoga, until they finally were purchased by Albert Smith who moved them to his ranch near Swanton. When Smith passed away, the trains and ranch were donated to Cal Poly where they are maintained and operated by the nonprofit group the Swanton Pacific Railway.