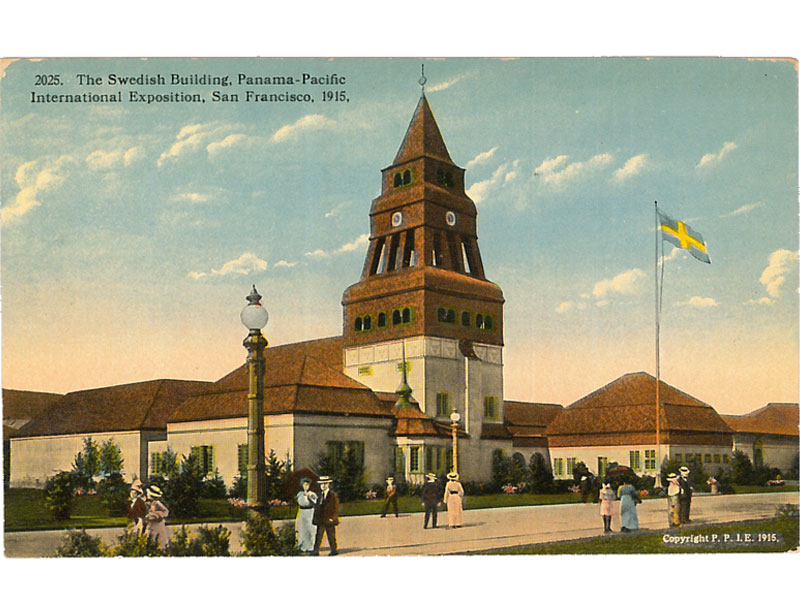 On this day in 1915 the Swedish Building of the Panama-Pacific International Exposition was dedicated. The following is an excerpt from Professor James M. Kaplan’s article For the Future: The Swedish Pavilion at the Panama-Pacific International Exposition of 1915 (Swedish-American Historical Society Quarterly, Volume 57). Kaplan holds a Ph.D. from the University of California, Berkeley, and is Professor Emeritus of French at Minnesota State University Moorhead.

“As the Swedish Pavilion was being built during the summer and fall of 1914, the First World War was breaking out in Europe. In late summer 1914 it seemed that the whole enterprise might have to be scrapped. In particular, the shipment of voluminous and costly exhibits through submarine- and mine-infested seas seemed an impossible task. However, the Swedes in San Francisco and the Swedish Pavilion commissioner, Richard Bernström, were tenacious, and the project went ahead. Because of the war, though, shipping and insurance costs rose precipitously, and cuts had to be made. It was decided that the exhibit of Swedish art would have to go. There was an outcry from San Francisco, and the Swedish Foreign Minister, Knut Wallenberg, who had recently been elected an honorary member of the Swedish Art Academy, made a personal contribution of fifty thousand crowns to cover the shipping and insurance expenses of the Swedish art exhibit. Much effort was expended on the interior decoration of the Pavilion and the art exhibit at the Palace of Fine Arts so that a suitably handsome setting would be created. Two ships arrived safely with their cargoes from Sweden in December 1914. The exhibits were set up, and the Swedish Pavilion was among the first to be ready for visitors.

The Panama Pacific International Exposition opened on 20 February 1915, and the grand opening of the Swedish Pavilion took place two weeks later on March 2. Here is the richly evocative description of that day from the pages of Vestkusten:

‘What a joyous day it was. Already early the stars and stripes and the blue and yellow waved from the Swedish building on Market St. and as noon approached one after another the autos arrived richly decorated with the Swedish and American flags. At precisely 1:30 the long row of decorated cars set in motion. This parade route went down Market St. and turned in at Post St. and continued up Post St. to Van Ness to the Scott St. entrance to the Exposition. Here the great parade was organized which counted about 5,000 participants and so the enormous and highly impressive parade started marching to the Swedish Pavilion… It was an unforgettable sight that all will keep in their memory, when the silk flags snapped in the breeze and Sweden’s Commissioner General stepped up to the lectern saluted by the parading troops and the military orchestra playing Ur Svenska Hjärtans Djup. A powerful wave of enthusiasm spread through the huge crowds and a rumbling storm of applause hailed the beautiful pageant and there was certainly no one who in that grandiose moment did not feel the indescribable joy of having the privilege of being Swedish. The spontaneous jubilation rose to the very skies and suddenly over the great crowd our bold aviator Lincoln Beachey appeared several thousand feet up in the blue sky and scattered small silk Swedish flags over the crowd.’

The Swedish Exhibit was divided into two parts. The industrial and social displays were shown at the Pavilion, and the Swedish art exhibit occupied nine rooms in the Palace of Fine Arts, the beloved building, still standing, designed by Berkeley architect Bernard Maybeck. This exhibit, under the experienced direction of Art Commissioner Anselm Schultzberg, was widely reported on in the Swedish-American and “American” press. […]

The rest of Sweden’s exhibit was in the Swedish Pavilion building. Instead of displaying their wares scattered in the Exposition’s Machinery Hall and other relevant buildings, the Swedes decided to gather their exhibits in their own building. Because of this they were excluded from the competition for medals, but many countries felt that the deck was stacked against them, as the majority of the medal juries was made up of Americans. The Pavilion offered displays of Swedish railroads, sports, social progress, homes and health care for workers, banking, telephones, forest industry, paper, sugar, matches, hydroelectric power, steel, etc.

The Swedish-American side, to the left as one entered the building and designed for public assemblies, banquets, lectures, receptions, film showings, etc., was conceived to give the impression of a beautifully decorated, tasteful upper-class Swedish home. These spaces were used to show the products of the Swedish art glass, pottery, and porcelain industries. Firms including Uppsala Ekeby, Gustavsberg, Kosta, and Rörstrand were represented. Handsome examples of Swedish crafts, hand-woven carpets, embroidery, tapestries, lace, furniture, and folk costumes were also on display.” 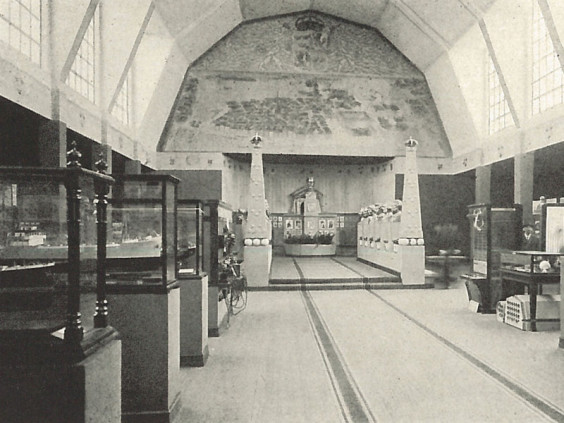 Interior of the Swedish Pavilion of the Panama-Pacific International Exposition. Courtesy of Ron Plain. 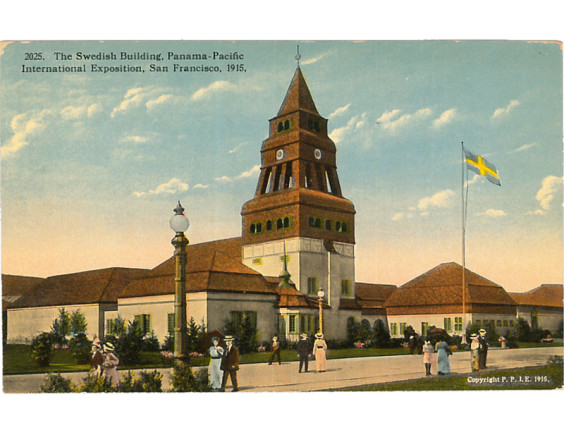 Swedish Pavilion of the Panama-Pacific International Exposition. Postcard by the Cardinell-Vincent Company. Courtesy of Ron Plain. 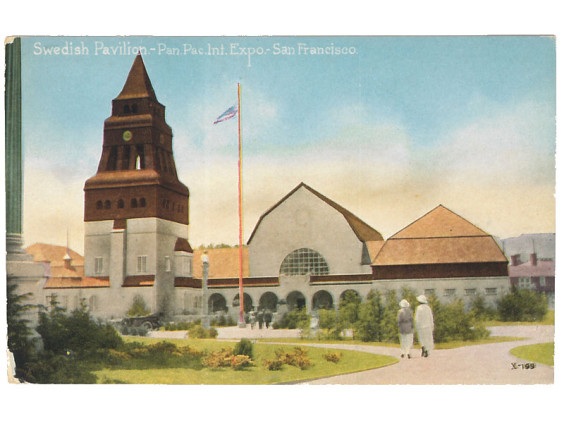 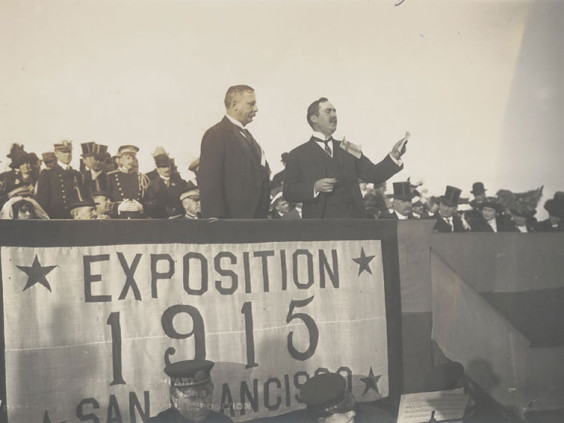 Selection of the site of the Swedish Pavilion, November 12, 1912. Courtesy The Bancroft Library.