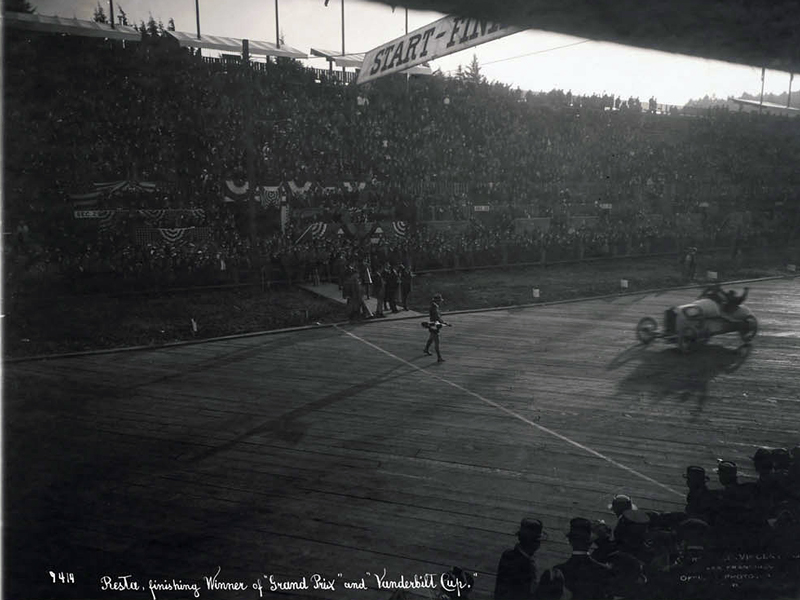 “I guess old England will be pleased to get this blooming cup, right enough, and if I didn’t have such a blasted headache I’d be a bit more excited about it meself” said Dario Resta upon winning the Grand Prix auto race on this day in 1915. The four-hundred mile Grand Prix wove through the fairgrounds of the Panama-Pacific International Exposition, starting from a plank-paved racetrack on the Presidio shoreline,along the Avenue of Palms, and down the Avenue of Progress. Some of the world’s greatest drivers competed, including Barney Oldfield, Eddie Rickenbacker, Eddie Pullen, and Ralph DePalma. Dario Resta won after foul weather took many of the fiercest competitors out of the race. He clocked an average of 56.1 mph through the course.