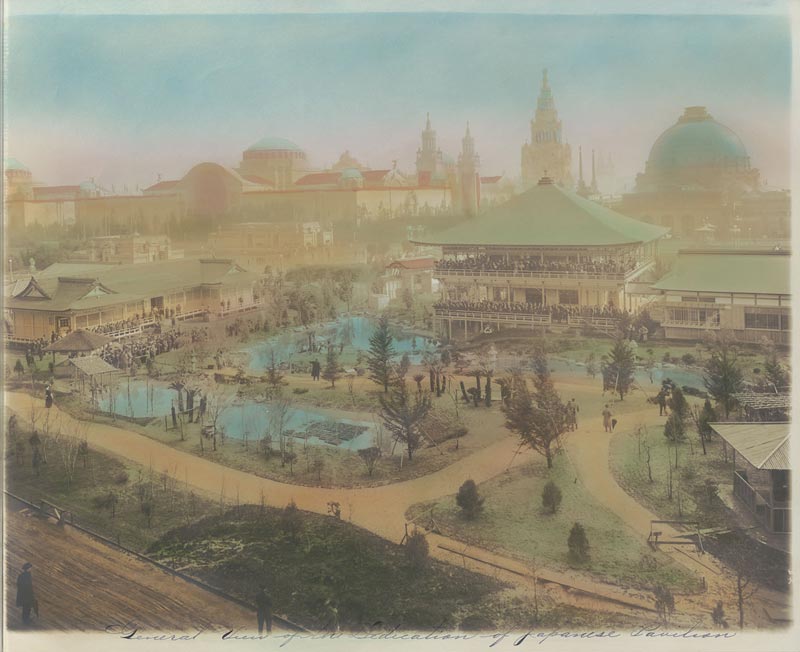 On this day in 1915 the Japanese Pavilion of the Panama-Pacific International Exposition was dedicated. In San Francisco’s Jewel City, historian Laura Ackley writes: During the ceremony, Exposition president Charles C. Moore’s daughter, Josephine, pulled a silken cord and released water into a stream running through the country’s site. The winding waterway coursed under delicate arched bridges before tumbling down a cataract and into a miniature lake. Japan’s buildings, with latticed windows and curving eaves, were set within nearly four acres of manicured gardens and meandering paths. The Kinkaku-ji Temple, or Golden Pavilion of Kyoto, was the model for the largest structure in the compound, which included stone pagodas, two public teahouses, and a small sctures the tea ceremony.

Many relics from the Japanese Pavilion remain, including the main building which is now the Van’s Restaurant in Belmont, California. Discover other artifacts from the PPIE in the guidebook After the Lights Went Out. 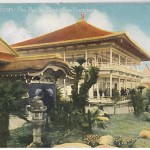 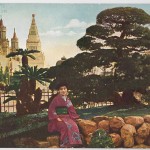 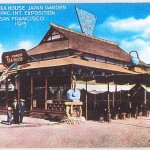 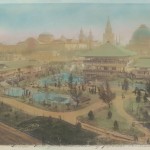 General View of the Dedication of Japanese Pavilion, Courtesy the Bancroft Library. 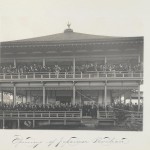 Opening of Japanese Pavilion, by the Cardinell-Vincent Co. Courtesy the Bancroft Library.