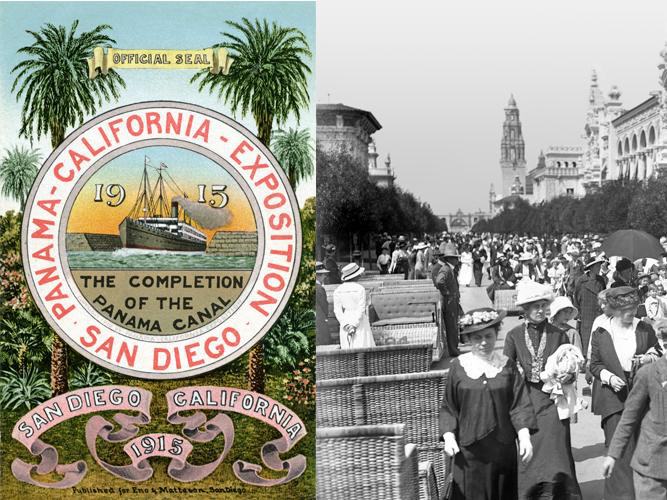 On this day in 1915 the Panama-Pacific International Exposition celebrated San Diego County Day. San Francisco and San Diego competed fiercely to be the California nominee to host the 1915 World’s Fair. San Francisco won the nomination, but San Diego went ahead and held a fair of its own named the “Panama-California Exposition.” From 1915 to 1917 San Diego welcomed nearly 3.8 million visitors to a lavish fairground now known as Balboa Park. This year, the San Diego History Center presents San Diego Invites the World: The 1915 Expo a definitive exhibition of the Panama-California Exposition, demonstrating the legacy of the Expo that put San Diego on the map and created the nation’s largest urban cultural park.