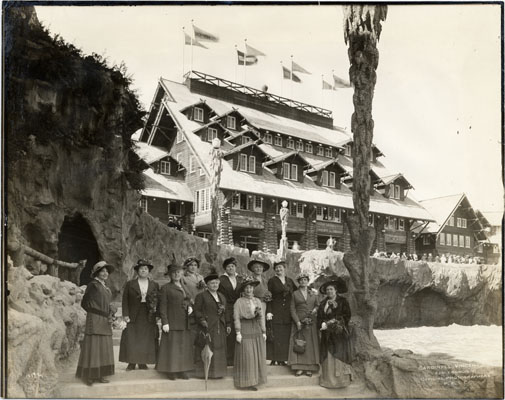 The Panama-Pacific International Exposition showcased numerous technological, scientific, and artistic achievements, and it also honored America’s natural beauty with exhibits on Yellowstone and Grand Canyon National Parks. It is no surprise, then, that Stephen Mather and Horace Albright held the inaugural conference of National Park supervisors at the University of California Berkeley campus during the Panama-Pacific International Exposition. Their goal was to “envision and build a future for the country’s existing and desired national parks [and] develop and push through legislation that would enable individual parks to be brought together under a single national agency that would be responsible for their management, infrastructure, promotion, and protection (Creating the National Park Service).”

“The result was legislation establishing the National Park Service in 1916. Mather became its first director, and Albright the second director. UC Berkeley has been intimately involved with conservation, parks and protected areas ever since (Parks for Science).”

This year, on the centennial of the first National Parks Conference, UC Berkeley is hosting the Science for Parks, Parks for Science Conference beginning on March 25th.