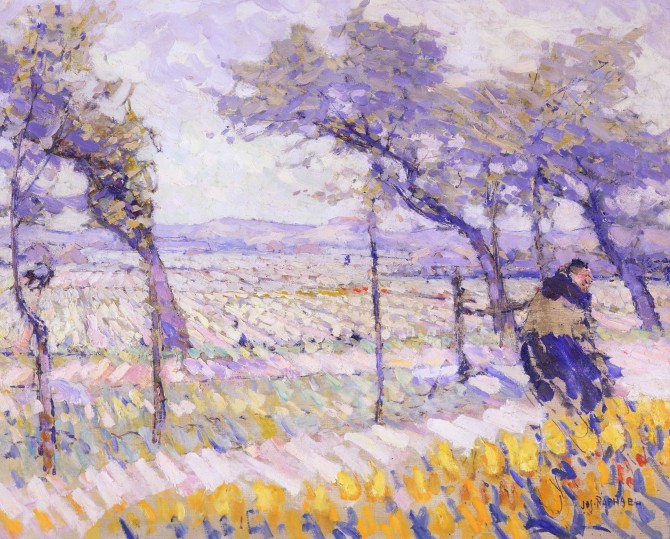 This week the Fine Arts Museums of San Francisco announced the exhibition Jewel City: Art from the Panama-Pacific International Exposition opening on October 17, 2015 at the De Young Museum.

The year 2015 marks the centennial of the Panama-Pacific International Exposition (PPIE), the San Francisco world’s fair that celebrated the opening of the Panama Canal and the city’s reconstruction following the great earthquake of 1906. The grand exposition covered 76 city blocks and boasted national and international pavilions showcasing innovation, industry, and the arts. At the heart of the PPIE was one of the most ambitious art exhibitions ever presented in the United States, encompassing more than 11,000 paintings, sculptures, prints, and photographs, in addition to a significant array of public murals and monuments. To mark this anniversary, Jewel City revisits this vital moment in the inauguration of San Francisco as the West Coast’s cultural epicenter. The landmark exhibition at the de Young reassembles a representative cross-section from the original display, including approximately 250 works by major American and European artists.

Jewel City shares examples that signal the key artistic trends of 1915, from the conservative to the avant-garde: American and French Impressionism; works by members of the Ashcan School; paintings from the emerging modernist styles in Italy, Hungary, Austria, Finland, and Norway; and more. Highlights include an impressive survey of American art, with works by Mary Cassatt, Thomas Eakins, John Singer Sargent, James McNeill Whistler, Winslow Homer, Frederic Remington, John Sloan, Robert Henri, and other masters. In addition, the presentation boasts an extensive offering of European painting and sculpture, with examples on view by such greats as Gustave Courbet, James Tissot, Claude Monet, Camille Pissarro, Auguste Rodin, Théo van Rysselberghe, Oskar Kokoschka, and Edvard Munch. Monumental murals designed for the fair, including those by Arthur Mathews and William de Leftwich Dodge, will be seen for the first time in nearly a century.