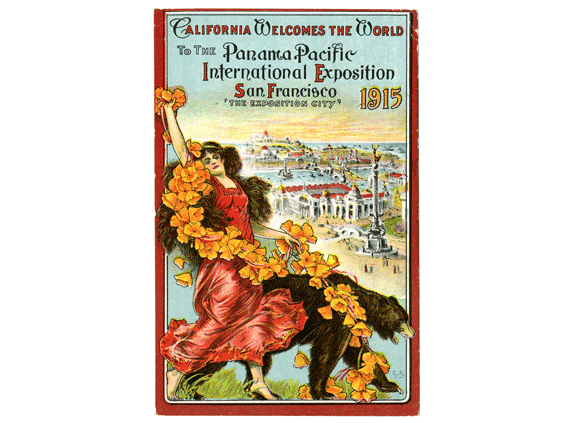 Panelists & Topics:
Jessica Ellen Sewell is Associate Professor and Head of the Urban Planning and Design Department at Xi’an Jiaotong-Liverpool University. She is author of Women and the Everyday City: Public Space in San Francisco, 1890-1915.

In the years between San Francisco’s midwinter fair of 1894 and the Panama-Pacific International Exposition in 1915 women in San Francisco enormously expanded and transformed their role in public space and public life. In addition to occupying the center of the city as shoppers and as workers, California women claimed a public role as voters with their gaining of suffrage in 1911. Jessica Sewell will put women’s experience of and political appropriation of the space of the Fair in the context of this larger transformation in the everyday lives of women in San Francisco.

Susan Wels is the author of San Francisco: Arts for the City.

During the federally funded Chicago World’s Fair of 1893, women officials expanded their role far beyond the domestic sphere and paraded their growing importance in America’s industrial economy. In the locally funded 1915 San Francisco fair, however—held four years after California women won the vote—the PPIE Women’s Board returned to traditional roles of hospitality and moral protection. Susan Wels will explore the reasons for this retreat, which contrasted strikingly with the dramatic activities of suffragists at the exposition.

Abigail Markwyn is associate professor of history at Carroll University in Waukesha, Wisconsin. She is author of Empress San Francisco: the Pacific Rim, the Great West, and California at the Panama-Pacific International Exposition, and co-editor of Gendering the Fair: Histories of Women and Gender at World’s Fairs.

The first ever Woman Voters’ Convention in the world occurred in September of 1915 at the Panama-Pacific International Exposition, the work of suffrage activists who appropriated the fair grounds to campaign for a national amendment for woman suffrage. They were just one of many women’s reform groups that used the space of the fair to advocate for social and political reforms, while the PPIE Woman’s Board feminized both the state and its history in order to boost the fair. Abigail Markwyn demonstrates that although no Woman’s Building greeted visitors at the 1915 Panama-Pacific International Exposition, women actively shaped the spectacle of the fair.

Sarah J. Moore is Professor of Art History at the University of Arizona, Tucson, and author of John White Alexander and the Search for National Identity: Cosmopolitan American Art, 1880–1915.

California artist Perham Nahl’s Thirteenth Labor of Hercules was selected as the official image of the PPIE and depicts a hypermuscular nude male thrusting apart the continental barrier in Panama to allows the seas to meet. Below his feet, in the misty distance, rise the domes and pinnacles of the exposition fairgrounds. Sarah J. Moore will discuss Nahl’s image as an expression of many of the underlying assumptions and discourses at the PPIE including imperialism, masculinity, progress, westward expansion, and national identity. 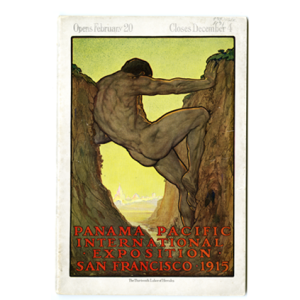 Labor in San Francisco – Before and After 1915

California Historical Society
The rights of workers have always been an important and vital topic in California. Join us for a stirring panel discussion around labor history during the first quarter of the 20th century.
Learn More
view more events