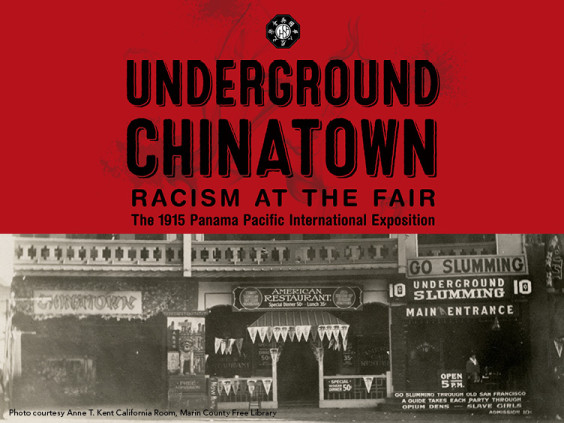 CHSA will be closed from December 22 - January 2

In commemoration of the 100th anniversary of the Panama-Pacific International Exhibition (PPIE), the Chinese Historical Society of America presents Underground Chinatown, a penetrating look back at a troubling aspect of the PPIE, also known as the 1915 San Francisco World’s Fair. The exhibition focuses on a popular attraction in the 1915 Fair’s “Joy Zone” that fascinated visitors with false portrayals of Chinese culture. With this presentation, CHSA explores persistent racial myths and stereotypes and their complex impact on our community. For more information, please visit our website at www.chsa.org.