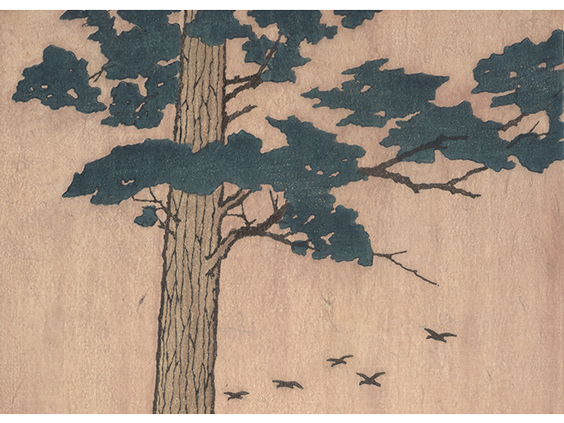 Prints at the Fair is a companion exhibition to Jewel City: Art from San Francisco’s Panama-Pacific International Exposition. Thousands of prints were displayed during the Exposition in 1915, including a display of more than two thousand impressions from the United States. Critic Charles Olmsted observed that this was “the most complete and representative collection of prints that has yet been made in this country.”

The call for American artists’ participation included a notice published in American Art News, while organizers also sent special invitations to the nation’s eminent printmakers, requesting specific works. The response was extraordinary, with submissions coming from all corners of the country. A historical loan section was organized by the Department of Fine Arts, featuring prints from the 18th and 19th centuries. Together the displays of historic and contemporary prints charted the development of printmaking in the United States.

Prints at the Fair highlights the range of subjects and styles found in the Exposition’s American print galleries and features prints by many of the section’s award-winning artists. The selection of approximately 70 works is drawn primarily from the collections of the Achenbach Foundation for Graphic Arts, with additional key loans, including some impressions that were originally purchased at the Exposition itself.

Entry to this exhibition is included with general admission to the museum.