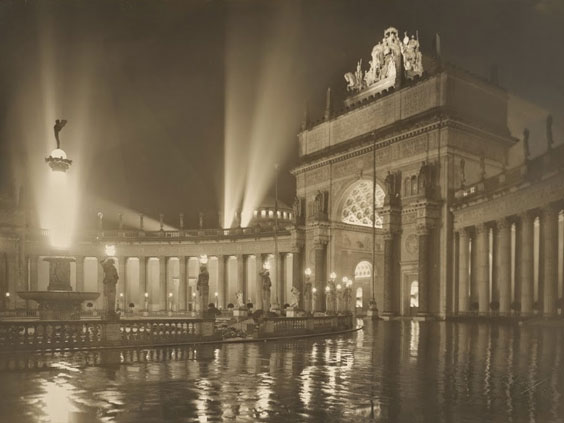 A fascinating though largely forgotten figure in the Bay Area’s rich photographic history, Willard Worden (American, 1868–1946) took up photography while serving in the Spanish-American and Philippine-American Wars and later opened his first gallery near the Presidio in Cow Hollow. Within a few years, his stock list contained hundreds of views of his newly adopted city and its environs as well as sites as far away as Yosemite National Park.

This exhibition presents a survey of Worden’s photographs from the first two decades of the 20th century, including views of San Francisco’s coastline, Golden Gate Park, and Chinatown. A recurring subject for the photographer was the surviving entryway to a Nob Hill mansion destroyed in the earthquake of 1906 and relocated to Golden Gate Park in 1909. Called the Portals of the Past, the ruin served as both a monument to the city’s recent tragedy and a symbol of its perseverance.

Worden was at the height of his career at the time of the Panama-Pacific International Exposition (PPIE), the 1915 world’s fair held in San Francisco. As one of the exposition’s official photographers, he captured its spectacular architectural and sculptural creations by day and night. Art from the PPIE, including approximately 250 works by major American and European artists, is the focus of the exhibition at the de Young, Jewel City: Art from San Francisco’s Panama-Pacific International Exposition, opening October 17, 2015.

The Book Club of California
In 1912, a group of San Francisco bibliophiles proposed an exhibition of locally produced fine press books for the forthcoming Panama-Pacific International Exposition. When advised that their proposal would carry more weight if made by an official organization, they founded the Book Club of California.
Learn More
view more events