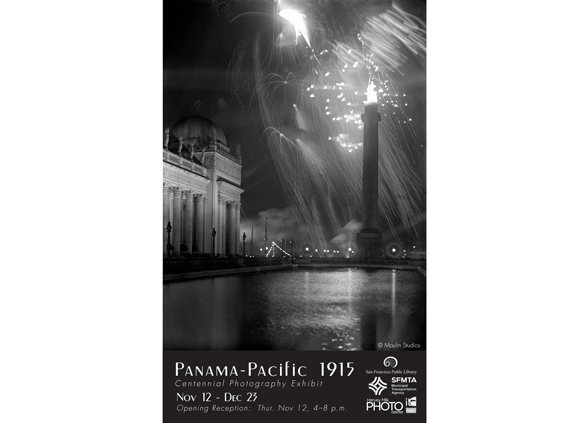 Since the Photo Center is a multi-use space with limited staffing, please call ahead at (415) 554-9522 to see if the exhibit space is open for viewing.

A joint exhibit of photographs of the 1915 Panama Pacific International Exposition from the collections of the SFMTA Photo Archive, SF Public Library Photo Center, and Moulin Studios and hosted by the Harvey Milk Photo Center. The show will highlight images from these public and private collections that provide a glimpse into the birth, life, and death of San Francisco’s largest and most extravagant public event. Curated by archivists at SFMTA and SFPL, and the director of HMPC to celebrate our city’s history, the 1915 centennial, and to showcase the work of the SFMTA Photo Archive to digitize and preserve the SFMTA’s historic photo assets.