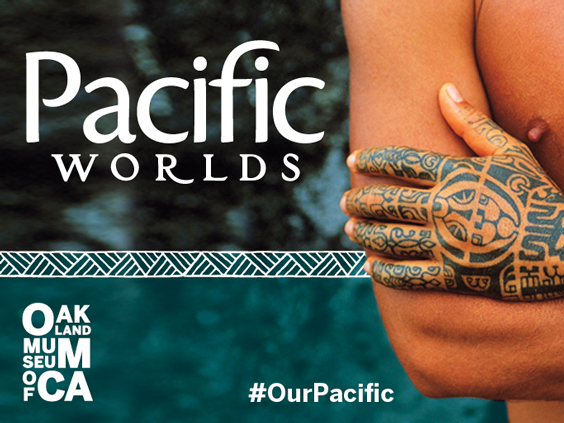 Museum admission is $15 general; $10 seniors and students with valid ID, $6 youth ages 9 to 17, and free for Members and children 8 and under. Admission during Friday Nights @ OMCA is half-off for adults, and free for ages 18 and under, after 5 pm.

In May 2015, the Oakland Museum of California presents Pacific Worlds, a major exhibition exploring Californian identity as tied to and shaped by the histories, peoples, and geography of the Pacific Islands. The exhibition examines the deep and many-layered histories of this region’s interactions with the Pacific, and explores the on-going connections between Pacific Islanders and Native Hawaiians, along with Filipinos, Native Californians, and American collectors and colonists.

Turning the familiar idea of California as the western frontier on its head and re-positioning the State as “the East Coast of the Pacific,” Pacific Worlds weaves together objects and ephemera from the Oakland Museum of California’s collections along with contemporary California Pacific Islander artwork and community voices. Through the exhibition, visitors will experience how Pacific Islanders in California today maintain cultural practices including dance and music, food, fiber arts, tattooing, surfing, and other practices.

Pacific Worlds is presented to coincide with the celebration of the 100th anniversary of the 1915 Panama-Pacific International Exposition (PPIE) in San Francisco.