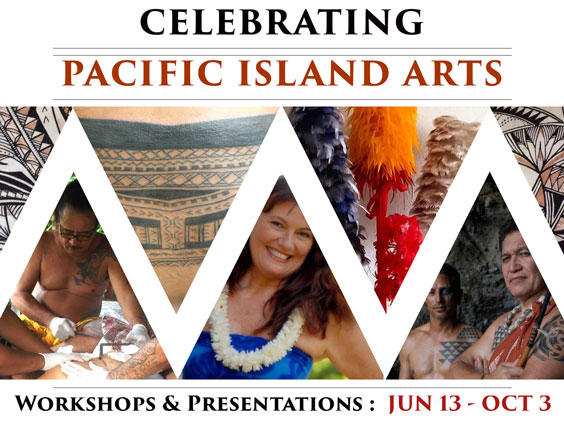 Afforded great respect through the ages, the kahili is a prized cultural item among Native Hawaiian people. Kahili are feathered standards used to show status, lineage, and family ties. There are many sizes and styles of kahili, and this workshop will provide participants an opportunity to create their own kahili pa`a lima (Hawaiian hand held kahili). Instructor Herman Tachera will also lecture on the history of the kahili and its spiritual and cultural importance.

CPIA will coincide with the 100th anniversary of the 1915 Panama Pacific International Exposition (PPIE) celebrations scheduled to take place in San Francisco throughout the year, along with the following exhibitions: Oakland Museum’s Pacific Worlds and Royal Hawaiian Featherworks: Na Hulu Ali’i exhibit at the deYoung Museum.

San Francisco Public Library
This special exhibition offers a glimpse into the efforts made by government, business, and societal leaders to prepare for and organize the PPIE and the crowd of nearly nineteen million national and international visitors that descended upon a revitalized city in search of entertainment and opportunity.
Learn More
view more events