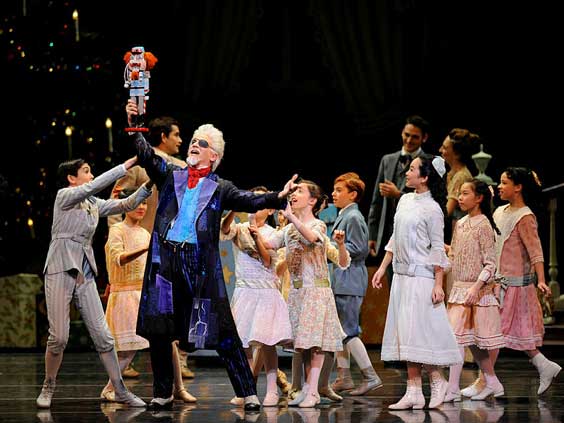 Lights dim. History comes alive. This year SF Ballet celebrates the centennial of the Panama-Pacific International Exposition with its production of Nutcracker, which is set in San Francisco in 1915, the year the Exposition brought the world to San Francisco’s doorstep. The sights and exhibits of the fair inspired some of the production’s most memorable moments including Clara’s dream journey through a mystical land peopled with dancers from all over the world. Performances take place in the magnificent War Memorial Opera House, designed by Arthur Brown, Jr., who also designed PPIE’s Horticulture Building and San Francisco City Hall.

During the run of Nutcracker SF Ballet will present, in partnership with the California Historical Society, a mini-exhibition in the War Memorial Opera House of material on the colorful performing arts presented at the PPIE. Other programs are currently in development and will be announced this fall. Visit sfballet.org/nutcracker for more details.

Performances take place at the War Memorial Opera House, which is located at 301 Van Ness Avenue in the Civic Center and is easily accessible via public transportation.

Traffic and parking is unpredictable in Hayes Valley and Civic Center areas so please give yourself plenty of time to find parking. Consider taking public transportation as the Opera House is close to Muni and BART stations.