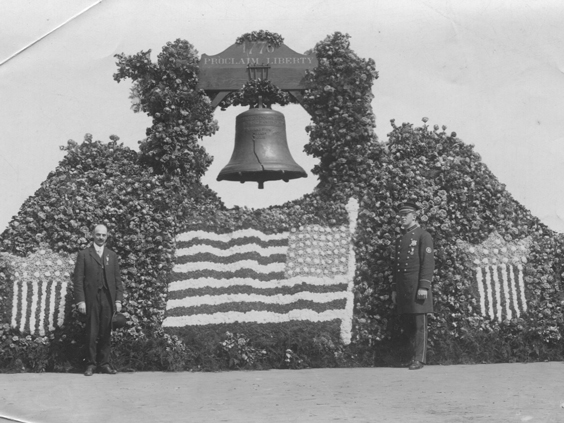 One hundred years ago, on July 17, 1915, the Liberty Bell arrived in San Francisco from Philadelphia after a two-week journey—“a whistle-stop tour across the country on an open gondola car cushioned by special shock absorbers and enclosed by an iron railing,” as fair historian Laura Ackley notes. The occasion was a four-month viewing at the Panama-Pacific International Exposition (PPIE), San Francisco’s 1915 world’s fair. From July 17 to November 11, the bell was on view at the fair’s Pennsylvania Building during the day and was rolled into a vault every evening.

Among the scheduled events at CHS’s centennial celebration is a digital viewing on HistoryPin of private family images of the Liberty Bell float “pinned” by Rose Marie Cleese, the granddaughter of former San Francisco Mayor Angelo J. Rossi. 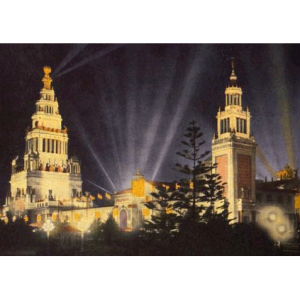 The Grand Design: PPIE and the “City Within A City”

Mechanics' Institute Library
Architectural historians, writers, and artists will discuss the collaboration of Edward Bennett and the Exposition’s architectural committee whose vision of the Block Plan manifested the design of the PPIE. Innovation, fantasy and technology created this “city within a city” which included great architecture, urban design, and leaps of the imagination. The influences of this model city on San Francisco’s development will be brought into perspective.
Learn More
view more events