“This lavishly illustrated volume is as much a triumph as the fair itself. San Francisco’s Jewel City takes readers on an in-depth tour of the PPIE, revealing the dramas of constructing the fair and the displays of culture and industry that awaited within the exposition walls: electrical home appliances, rides in a homemade airplane, a world tour of twenty-one breathtaking international pavilions. Historian Laura Ackley’s compelling text is unparalleled in its breadth of scope and richness of detail, providing social and political context for the fair and offering insight into its legacy today.” 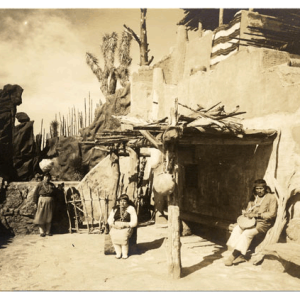 Beyond The End of the Trail: American Indians and the Panama-Pacific International Exposition

California Historical Society
Many Americans easily recognize James Earle Fraser’s famous statue The End of the Trail which first appeared at the 1915 Panama-Pacific International Exposition. But despite its popularity, the statue does not accurately represent the participation of American Indians in the fair.
Learn More

Commonwealth Club of California
San Francisco’s Panama-Pacific International Exposition opened its doors to much acclaim a century ago. The fantastic goings-on in each of the 11 neoclassical palaces that transformed the Presidio found their way into many of the pages of the Commonwealth Club’s reports during that summer of 1915.
Learn More

Shaping San Francisco
This social, historical, and critical bicycle history tour covers key locations to the Panama Pacific International Exposition from Civic Center to the Palace of Fine Arts. Ride with us and travel through the past 100 years of the influence of this and other world's fairs.
Learn More
view more events