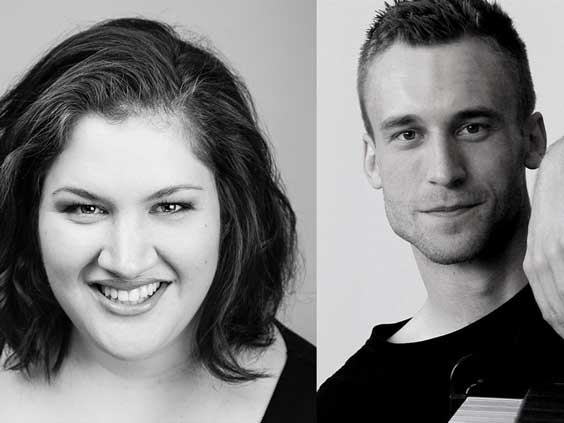 Free and open to the public.

Sara Swietlicki is the winner of the prestigious 2015 Jenny Lind Scholarship, awarded by the Royal Swedish Academy of Music and the People’s Parks and Community Centers in Stockholm. Sara won the scholarship for her warm, solid sound and unmistakable presence of her voice in the music she makes. The scholarship includes a tour of the United States in the footsteps of Jenny Lind, the famous Swedish Nightingale. Jenny Lind toured America in 1850-1851 at the invitation of impresario and circus manager P.T. Barnum and, on arrival in New York, was greeted by 30,000 people on the dock. Soprano Sara Swietlicki studied at the Royal Danish Academy of Music, and since 2013 she has been a student at the Opera Academy at the Royal Theatre in Copenhagen. Her operatic repertoire includes roles as the Countess in Le Nozze di Figaro, Donna Anna in Don Giovanni by Mozart and Mimi in La Bohème by Puccini.
The pianist Markus Kvint is currently a student in the soloist class at The Royal Danish Academy of Music in Copenhagen, where he will make his debut during the concert season 2016-17. His previous studies include Vadstena College’s music program, KMH in Stockholm for Anders Kilström, Hochschule für Musik – Franz Liszt in Weimar, Germany, and the Royal Danish Academy of Music in Copenhagen for Niklas Sivelöv. 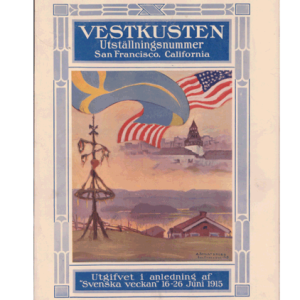 Swedish American Patriotic League
This is our 121st annual Swedish Midsummer Festival. Since 1967, this festival has been celebrated at Sveadal, the League’s Swedish cultural resort in the Santa Cruz mountains.
Learn More