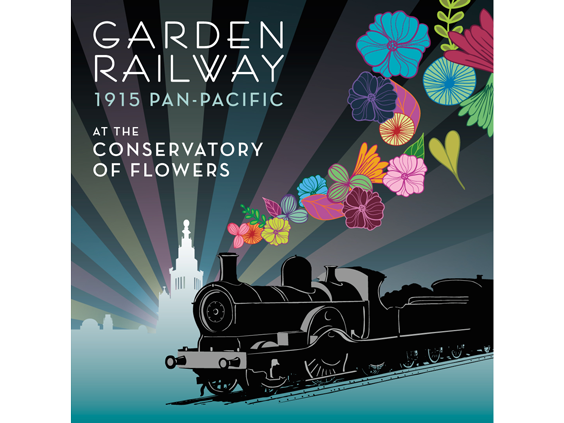 All aboard for a trip back in time as the Conservatory of Flowers in Golden Gate Park presents an all new garden railway display celebrating the centennial of the Panama-Pacific International Exposition. See an enchanting display landscaped with hundreds of dwarf plants and several water features, as model trains wend their way through the festive fairgrounds, zipping past whimsical recreations of the fair’s most dazzling monuments and amusements, including the Tower of Jewels, Palace of Fine Arts, and more. Interpretive signs, memorabilia and interactive activities throughout help visitors understand the colorful history of the grand fair that signaled San Francisco’s recovery from the 1906 earthquake.