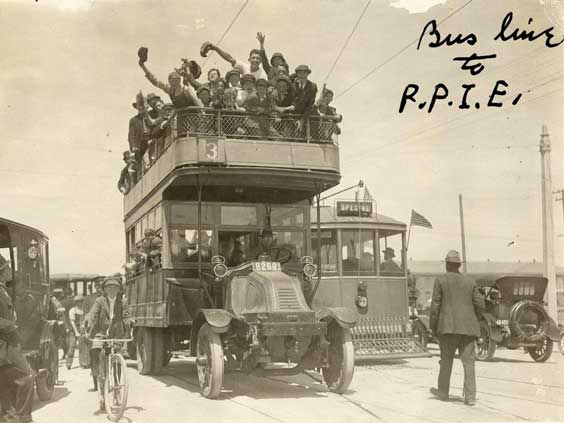 Fair, Please! Transportation to and through San Francisco’s 1915 Panama-Pacific Exposition

The San Francisco History Center invites you to a talk by Grant Ute, author and historian, on transportation to the Exposition.

The Panama-Pacific International Exposition, the centennial of its 220-day run we celebrate this year, was a triumphant success as a World’s Fair. Its architecture evoked a nostalgic classic “lost city” while its vast exhibit halls provided a showcase of the latest American technological inventiveness. Critics and historians are reviewing it artistically, culturally and technologically or, alternately, as a celebration of San Francisco’s rebirth from the greatest American civic disaster of the Century.

Commentators point to its lasting effects on the San Francisco cityscape in such architectural remnants as the Palace of Fine Arts, the Exposition Hall or, arguably, City Hall. But the most significant contributions may be its infrastructure contributions that have affected daily life of this City unnoticed for the past century.

Chief among them are the Stockton Street and Broadway Tunnels (the latter proposed for the PPIE but not constructed until 37 years later). But perhaps the most overlooked lasting contribution of the PPIE was the establishment of the San Francisco Municipal Railway as robust and viable municipally owned transportation system. Opened 420 days earlier as two lines on a single transit corridor, Muni was an experiment in progressive government that immediately was expanded to provide the vital transportation to the Exposition.

That this progressive municipal experiment accomplished this is remarkable. It’s windfall profits from the Expo provided the financial means for the city to invest in later pioneering lines to open up the West of Twin Peaks area to development.

This digital image presentation will show public transportation to and through San Francisco to the Panama-Pacific Exposition. 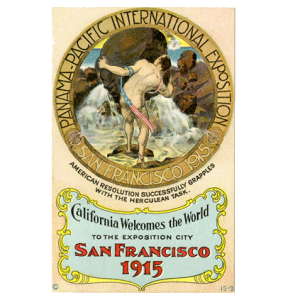 Saratoga Historical Foundation
"New Technology at the Panama-Pacific International Exposition" Author Laura Ackley, and noted PPIE historian will talk about one of the main purposes of World's Fairs always has been to introduce the "latest and greatest" to the public.
Learn More