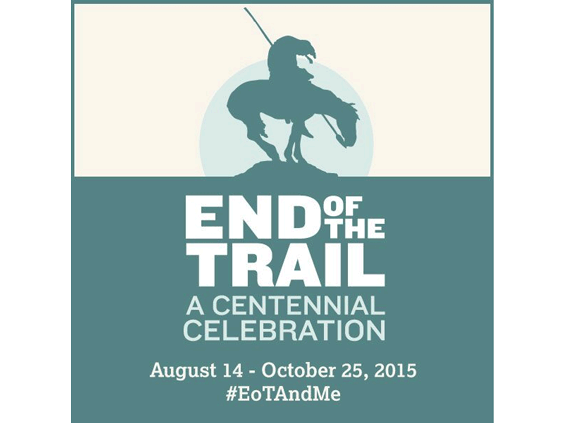 End of the Trail: A Centennial Celebration

Celebrating the unique history of this seminal sculpture on the 100th anniversary of its creation, the exhibition draws from the archives of the National Cowboy & Western Heritage Museum’s Dickinson Research Center. It will provide an overview from the sculpture’s creation by American artist James Earle Fraser and display at the 1915 Panama-Pacific International Exposition in San Francisco, to its life at Mooney Grove Park in Visalia, California, and to its eventual home at the National Cowboy & Western Heritage Museum. The exhibition will include numerous photographic images of Fraser, documents, newspaper articles and other materials related to the monumental sculpture. Also included in the exhibit will be images and video clips documenting moving the statue from California into the museum’s Payne-Kirkpatrick Memorial Building in 1968 and to its present placement within the new entrance of as part of the 1993 Museum expansion.