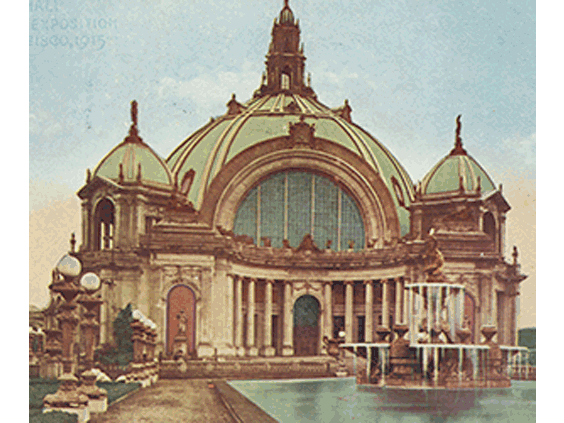 San Francisco Lyric Chorus performs selections from classical choral works performed in the Exposition’s Festival Hall by the 300-voice Festival Chorus (singers from all over the SF Bay area) and visiting choruses. Program includes the official hymn of the Exposition, the Panama Hymn, commissioned from composer Amy Beach, and selections from Camille Saint-Saens’ then recently-composed oratorio, the Promised Land, which was given its American premier at the Exposition. Other selections from Brahms’ Requiem, Handel’s Messiah, Haydn’s Creation, Mendelssohn’s Elijah, Rossini’s Stabat Mater, the Verdi Requiem, and Wagner’s Tannhaüser. Performances will take place in the historic Mission Dolores Basilica, which is also celebrating its 100th anniversary, and will be accompanied by Jerome Lenk, Organist for the Basilica, and and instrumental ensemble.

Experienced choral singers from the Bay area are welcome to join the Chorus for this remarkable & glorious event (“The best bits from all the blockbuster choral works–in one concert!!” ). Rehearsals begin May 18. Contact Robert Gurney, Music Director, at 415-721-4077 or rgurney@sflc.org for audition or other information.