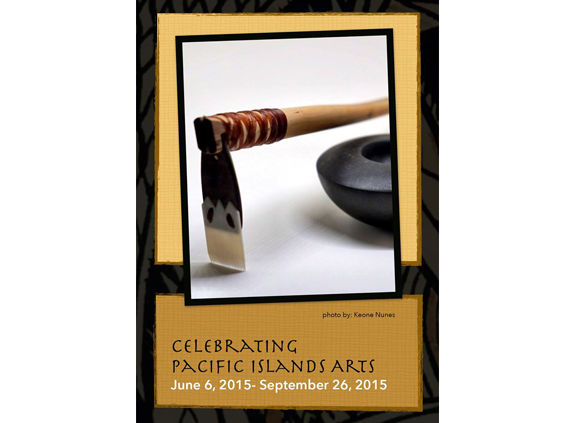 As part of the Celebrating Pacific Island Art (CPIA) Series, Kua`aina, an Indigenous Arts and Cultures non-profit, presents two artists from American Samoa who bear their cultural traditions. Regina Meredith, a forth-generation Siapo maker (tapa/barkcloth), will present the traditions and trends of Samoan Siapo: Past, Present, and Future and take participants on a journey of siapo making, design motifs, and the perpetuation of an ancestral art form. Su’a Tupuola Wilson Fitiao, a Tufuga ta Tatau, a traditional Samoan Tattoo master, will share the history, format, and legacy of the Samoan traditional tattoo and his journey as a Tufuga ta Tatau (Samoan Tattoo Master). In addition, a collection of Siapo and Samoan fine mats from the deYoung Museum will be on display for public viewing and handling.

Regina Meredith is a professor of the Arts, at the American Samoa Community College and recently was a visiting scholar at the Smithsonian Institution of National History’s Tapa Conservation Project.

Su’a Tupuola Wilson Fitiao achieved his credentials by working alongside a master Tufuga ta Tatau, engaging in all aspects of the art form, which included the making of the tools from wild boar’s tusk and laumei.

The CPIA Series is a tribute to the role that the Pacific Island nations played in the 1915 Panama-Pacific International Exposition and celebrates the vibrancy and rich cultural practices of Pacific Island peoples that continues to thrive in California today. The CPIA Series is presented by Kua`aina, an Indigenous Arts and Cultures non-profit based in Berkeley, CA.