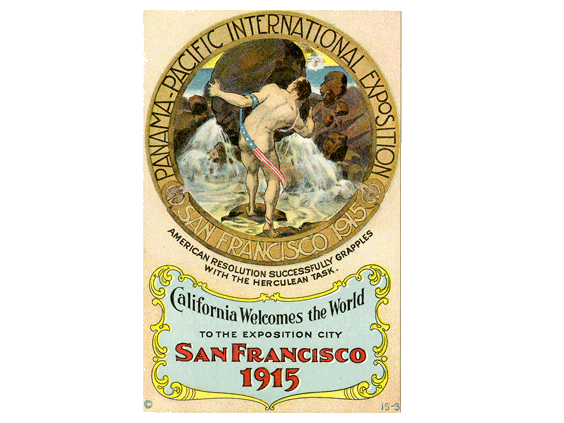 The Panama Pacific International Exposition in 1915 showed the world that San Francisco area could raise itself from the ashes of the devastating 1906 earthquake. The United States was booming as manufacturing of cars increased and airplanes becoming more than an oddity. World War I was raging in Europe, but the United States had insulated itself and was still in a growing phase.

The Panama Canal had just opened bringing goods and people to the Golden State. What a great time to have a World’s Exposition to show to the world that California could be a leader not only in manufacturing but could help supply the world with agricultural and horticultural products.

California Nursery Company was 50 years old in 1915 and had received a large contract from the PPIE to supply mature trees and palms to the exposition. The movement of these trees was an awesome feat.

George C. Roeding Sr of Fresno was part of the organizing committee in the early stages. He was an up and coming star in the agricultural boom in California. Roeding worked with Luther Burbank, the “Plant Wizard” to popularize the new fruit that Burbank invented. Roeding, who would later own California Nursery Company, saw this fair as coming of its own in the agricultural business. Help us celebrate their involvement with the PPIE, but also the 150th Anniversary of the California Nursery Company that still exists today with Bruce Roeding as owner.

This gala will bring back the highlights of the 1915 events from the music to the food and a way for the Fremont community to learn about the involvement of Niles to this event. You will get to visit the exhibit that will show the moving of large palms from the nursery to the PPIE via rail and ferry and then returned. You will get to tour the Avenue of Palms and learn why Fremont is noted for its palms and the role that the California Nursery Company played.

The Vallejo Adobe will be open and will be part of the gala as you back in time of the large Vallejo Ranchero that this area was part of at the beginning of the 1800’s.

State Senator Bob Wieckowski will be our Master of Ceremony, and our honored guest will include Bruce and George Roeding III.

We are currently seeking sponsorship for this event. Funds generated will help in the preservation of buildings, trees, and artifacts that will be seen in the park. Tickets per person are $125.00. Any questions, please contact Joyce Blueford at Math Science Nucleus (blueford@msnucleus.org).

World Arts West
The San Francisco Ethnic Dance Festival celebrates the Centennial of the Panama-Pacific International Exposition with a series of thrilling dance performances from around the globe, set in the grand Palace of Fine Arts Theatre, which was built for the historic 1915 World’s Fair.
Learn More