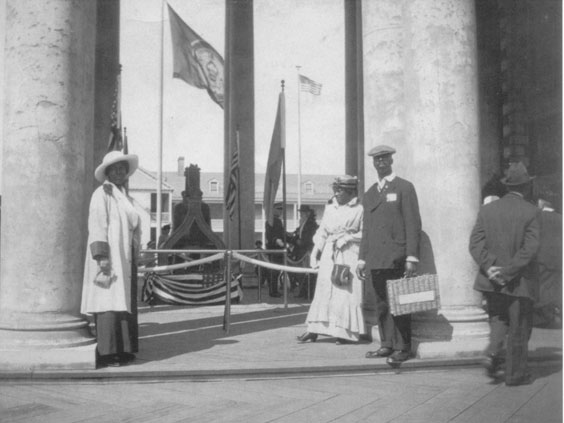 California Historical Society and the Museum of the African Diaspora

Learn about the experiences, successes, and struggles of African Americans before, during, and in the years following the World’s Fair of 1915. Hear about controversial moments like the screening of Birth of a Nation, important individuals, like Virginia Stephens, who penned the World’s Fair, Jewel City, and many other groups and crucial moments in the first twenty years of the 20th century. An expert group of panelists will discuss this time period and Dr. Douglas Daniels will moderate the discussion. Panelists:

Rick Moss is a graduate of UCLA (B.A., 1977, M.A. History, 1980) and UC Riverside’s Program for Historic Resources Management (M.A. 1987). Since July 2001 he has been the Director and Chief Curator of the African American Museum & Library at Oakland (AAMLO).During his twenty-two year museum career, Mr. Moss has created many exhibitions and collaborated with many of the finest institutions and professionals across the nation. In 2008 Mr. Moss opened Visions Towards Tomorrow: The African American Community in Oakland, 1890-1990, the permanent multi-media history exhibition for the African American Museum & Library.

Dr. Leon Litwack is an American historian and Professor of American History Emeritus at the University of California Berkeley, where he received the Golden Apple Award for Outstanding Teaching in 2007. He has received the Pulitzer Prize in History for his book Been In the Storm So Long: The Aftermath of Slavery. He is the winner of the 1980 Francis Parkman Prize and the 1981 National Book Award . He is the recipient of a Guggenheim Fellowship and a National Endowment for the Humanities Film Grant. Professor Litwack retired to emeritus status at the end of the Spring 2007 semester, went on a lecture tour that resulted in his most recent work, How Free Is Free?: The Long Death of Jim Crow published in February 2009.

In partnership with Museum of African Diaspora, Hayward Area Historical Society, and the African American Museum and Library.

This event is sponsored by the Henry Mayo Newhall Foundation. 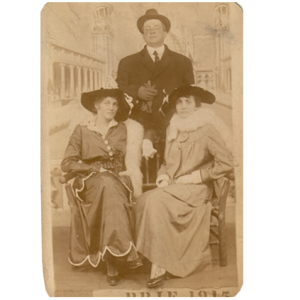 The Shamrock Isle: Images of Ireland at the Panama-Pacific International Exposition