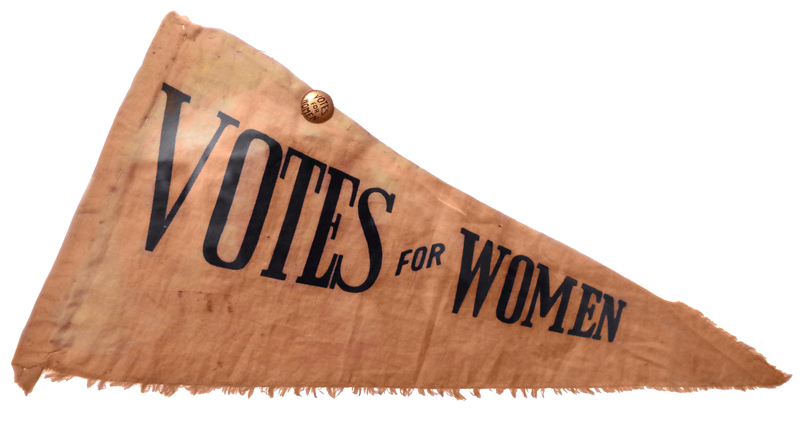 San Franciscans eagerly anticipated the coming of the Panama-Pacific International Exposition from the moment that Congress authorized the city to host the 1915 event.  Fair officials and local businessmen hoped the fair would bring economic prosperity to the city and demonstrate the city’s triumphant rebirth after the 1906 earthquake and fires. Local unions and workers knew the event would bring jobs in a host of fields, if only for a few years, so they too believed in the fair’s economic power. This is the narrative most often used to explain support of the fair – that it would bring tourists, businessmen, and potential settlers to the city and state, and provide much needed positive publicity for the city. And it did.

But there were others in the city – indeed, around the nation and globe – who saw the fair as another kind of space. They perceived the opportunity that the fair offered for claiming public space in an era when many groups were marginalized from the American body politic. Woman suffragists, African Americans, Chinese Americans, and German Americans, were just a few of the groups that perceived the fair as a site from which to claim public space for their social and political identities.  At the PPIE, they staged pageants, parades, and gave speeches that proclaimed their status as American citizens and equal participants in American public life, bringing contemporary political and social conflicts squarely onto the fair grounds.

Californians voted to legalize woman suffrage in 1911, so advocates of woman suffrage easily staged a presence at the PPIE. Multiple groups of suffragists held events and hosted exhibits to advocate for a national suffrage amendment.  Despite continuing opposition to woman suffrage in other parts of the nation, in San Francisco, the Congressional Union for Woman Suffrage hosted the first ever “Woman Voters’ Convention” in September. The event culminated in an impressive pageant held in the Court of the Universe before approximately 10,000 spectators. Local Chinese schoolgirls participated to represent the fact that women voted in China, even as they did not in the United States, as did women dressed in the native costumes of other nations that enfranchised women.  At the end of the evening, well-wishers bade farewell to the women chosen to escort a mile-long right-to-vote petition on  their way across the country to Congress.  Local newspapers offered extensive coverage of this, and other suffrage events, bringing woman’s rights squarely into public view.

1915 was a difficult year for the fight for African American civil and social rights. The racist film “Birth of a Nation” was released to public acclaim – and boycotts by the NAACP – and helped to stimulate the rebirth of the Ku Klux Klan in Stone Mountain, Georgia.  Lynchings continued across the nation, and even in places like San Francisco, where relatively few African Americans resided, racial discrimination prevailed.  At the PPIE, African Americans were limited to menial jobs such as washroom attendants and janitors, and no day was set aside to recognize their accomplishments and achievements. The celebration of  “Negro Days,”caused controversy at earlier fairs in other parts of the nation, as critics accused fairs of of tokenism and racism. In San Francisco, a similar dispute emerged when the idea emerged in early 1915 that the fair celebrate “Negro Day.” After a heated debate in local African American papers, the community resolved not to support such an event which could not make up for having been rebuffed and ignored in the planning stages of the fair, and which would likely reduce African American culture to a sideshow at best. Instead, local civic groups – led by local black women – urged participation in “Alameda County Day” and “San Francisco Day.” At these events, Bay Area African Americans turned out in force to demonstrate their pride in their communities, and their own words, their status as citizens of the city and state.  The Alameda County Day parade in fact featured two floats designed by the Oakland black community.

In California, Asians drew the brunt of white racism. The history of Chinese and Japanese immigration to the state created a complicated history of anti-Asian politics and social policies that actively discriminated against those of Asian descent.  But PPIE boosters intended to bring the nations of China and Japan to the fair, and in so doing, offered local Asian residents opportunities to use the fair to proclaim their status as valuable members of California society.  Fair officials courted members of both local immigrant communities for support in the pre-fair years, making clear their value as cultural emissaries.  Even as the California State Legislature passed the Alien Land Law, banning “aliens ineligible for citizenship” from owning land, PPIE officials opposed it and other anti-Japanese legislation in order to ease Japan and China’s participation in the fair. After the fair opened, local Chinese residents drew on the support of the Chinese consul in San Francisco in order to oppose the Underground Chinatown attraction, a concession that offered visitors a demeaning view of a vice-ridden Chinatown.

And during the months of the fair, local Chinese residents actively participated in celebrations honoring the opening of the Chinese Pavilion, China Day, and Chinese Students Day, a day devoted to honoring ethnically Chinese students in the United States.  Japanese residents turned out for numerous celebrations of Japanese cultural traditions. Speakers at many of these events emphasized participants’ contributions to the United States, and Asia’s turn toward “western ways.”  Despite the problematics of imperialism and colonialism reflected in these events and words, which certainly deserve scrutiny, these events offered all visitors to the fair a distinctly different encounter with Asia and Asians, than that offered by the popular press, political debates, or the emerging film industry.  They therefore deserve recognition as a place from which Asian Americans could claim space in the American body politic.

Probably almost every ethnic group in San Francisco celebrated their country’s day at the fair.  From Norway Day to Italy Day, local residents turned out en masse to celebrate their heritage.  And in August, German Americans celebrated German Week at the PPIE.  Local Germans staged a concerted campaign to bring Germany to the fair, but the exigencies of war made it impossible for the nation to devote funds to a pavilion, so local residents turned to celebrating German Week instead.  Despite reports that the events would feature nothing of a military nature (sure to remind visitors of the war raging in Europe), photographs reveal a parade featuring German military veterans marching in goosestep, and newspapers reported the participation of a group of Irish Volunteers as well.  Reportedly, the crowd went wild during the event when organizers proclaimed the fall of Warsaw to the German army.  The keynote speaker of the day praised German contributions to American culture, but also insisted on preserving “Germanness.” Later in the week, meetings of the German American Alliance held in conjunction with the fair erupted in heated debate about a proposed letter to President Wilson that criticized his administration’s policies toward Germany and the war.

Each of these events – from a suffrage convention to the German Week parade – demonstrated the way that local residents (often with outside support) brought larger political and social issues to the grounds of the fair. By claiming space for themselves, they challenged dominant political narratives, and sought to claim space for themselves as Californians and Americans.

Abigail Markwyn is an Associate Professor of history at Carroll University in Waukesha, Wisconsin, where she teaches U.S. and Latin American history. She is author of Empress San Francisco: The Pacific Rim, the Great West, and California at the Panama-Pacific International Exposition and co-editor of Gendering the Fair: Histories of Women and Gender at World’s Fairs.

Markwyn will speak at three events this week:

March 10: Women, the City and the 1915 World’s Fair at the California Historical Society.