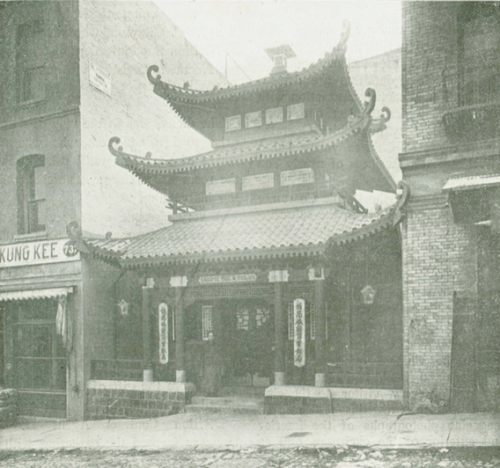 Yesterday the Chinese Historical Society of America remembered the 100th Anniversary of the first transcontinental phone call, which took place on January 25, 1915. The phone call was made from the Palace of Liberal Arts of the Panama-Pacific International Exposition, and the Chinatown Telephone Exchange took part in the historic call. Lu Kum Shu, founder and manager, spoke to a representative of New York Chinese World. Later, Lu spoke to Wong Sue, a Chinese agent for the Southern Pacific Company in Boston.