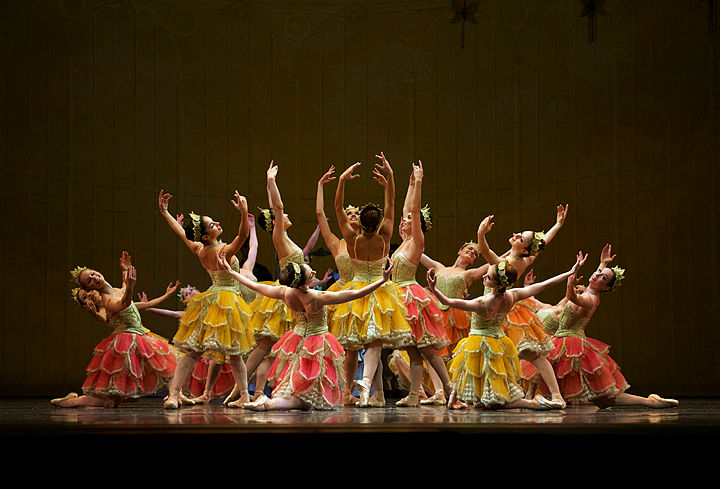 San Francisco Ballet’s Nutcracker is set right here in San Francisco in 1915, and featured many details inspired by the PPIE. This year’s Nutcracker is one of the final official events of the PPIE100 celebration, and the California Historical Society is partnering with SF Ballet to produce a mini-exhibition in the War Memorial Opera House, featuring the colorful performing arts at the PPIE. Read more about how the PPIE inspired the production on the SF Ballet blog.

Join the SF Ballet as the lights dim, music soars, history comes alive, and a little girl dreams about a whole new world in in a uniquely San Francisco Nutcracker! 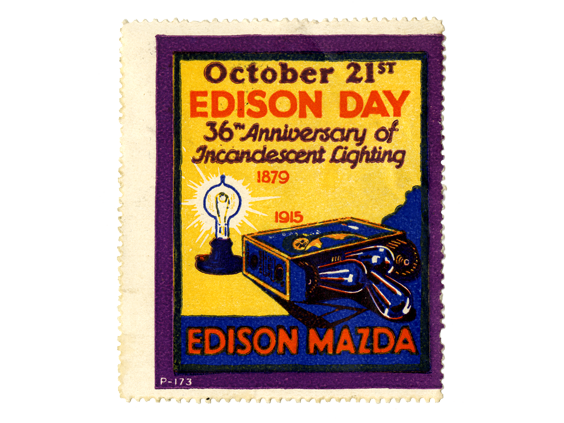 The two friends (Thomas Edison and Henry Ford) traveled west with their families in Ford’s private rail car to enjoy the Exposition’s Edison Day, on October 21. Upon arrival, they were swept up in a series of events celebrating Edison’s achievements. General Electric had promoted the event, celebrating the thirty sixth anniversary of the incandescent electric light with an illustration titled “Edison’s Dream Come True.” It depicted Edison gazing through a window onto a cityscape made brilliant by his invention. On the night after he arrived, San Franciscans were asked to turn on all their electric lights in honor of the “Wizard of Menlo Park.” A photograph of Edison taken that night, while no doubt partially staged, was a remarkable match to the illustration. ... Read More > 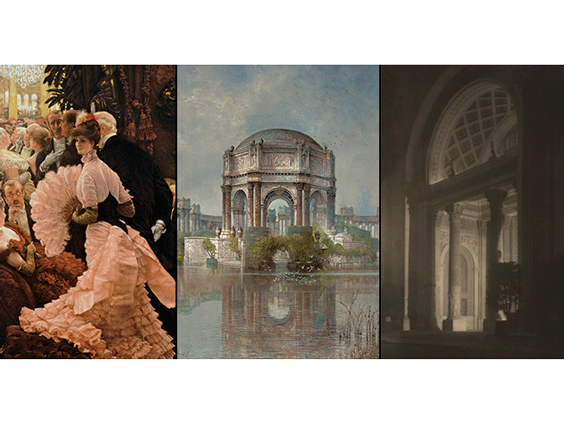 On Saturday, the De Young Museum opened “Jewel City: Art from San Francisco’s Panama-Pacific International Exposition.”  It is expected to be one of the most popular exhibitions in San Francisco this Fall. Several media outlets publishes reviews of the exhibition this weekend. See a sample of these below: ... Read More >

Long before autumn of 1915, one building emerged as the crowd favorite at the Panama-Pacific International Exposition. The Palace of Fine Arts both beguiled and dazzled the millions who had attended the Fair. One of many masterpieces by noted Bay-Area architect Bernard Maybeck, the Palace may have been inspired by Roman ruins and other classic European architecture, but its elegant, ethereal beauty–in a western, urban, port City without compare–clearly spoke to the hearts of visitors and San Franciscans alike.

As the December end of the Fair drew near, and its impermanent nature became real, October 16, 1915, was declared “Fine Arts Preservation Day.”  Exposition management dedicated 75% of all Fair dollars taken in that day above the daily average to a fund for the permanent preservation of the Palace of Fine Arts. On that day, according to Fair historian Laura Ackley, 92,865 visitors entered the gates, and by closing time at 11:00p.m. $8,000 had been collected for the cause. Adding most significantly to the efforts to save the building was the Chair of the PPIE’s Women’s Board, Phoebe Apperson Hearst.  In concert with her San Francisco Examiner publisher ... Read More > 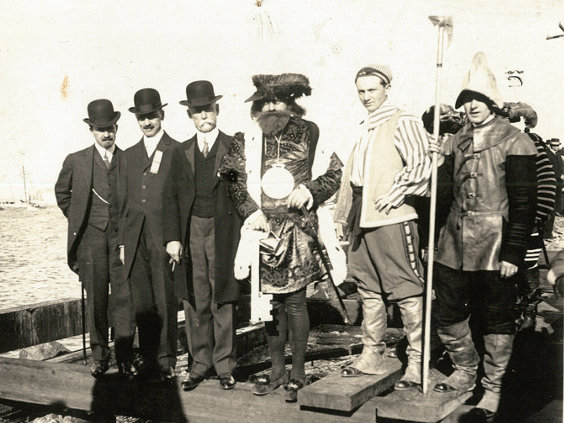 On this day in 1915 the Panama-Pacific International Exposition celebrated Columbus Day with a special event that included the fair’s Italian delegation, and future San Francisco Mayor (and Italian-American) Angelo J. Rossi. These photographs of the event were provided by Rossi’s granddaughter, Rose Marie Cleese, whose photos of Liberty Bell Day were shared on this blog earlier this year. ... Read More > 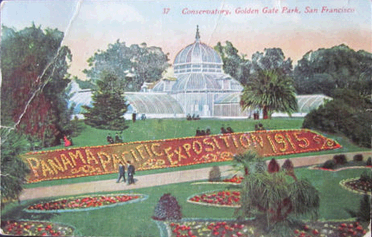 Sunset Magazine said that John McLaren, Chief of Landscape for the San Francisco World’s Fair, needed to use the “technical training of an engineer, a gardener, and a botanist” to realize his astounding and revolutionary plans for the landscape design of the great celebration. ... Read More >

600 park supporters will enjoy cocktails, live music and dancing as they gather at the historic Palace of Fine Arts for the 10th Party for the Parks on Saturday, September 19. This year’s event is part of the yearlong centennial celebration of the Panama-Pacific International Exposition at the Palace of Fine Arts, while supporting San Francisco’s renowned parks and playgrounds. ... Read More >

“The art is the only aspect of a world’s fair you can really recreate,” said [de Young Museum] exhibit curator James Ganz. “We can’t have any of these lavish buildings that went up, but we can bring the art back together again and give people that feeling of standing in the footsteps of the visitors from 1915.”  ... Read More > 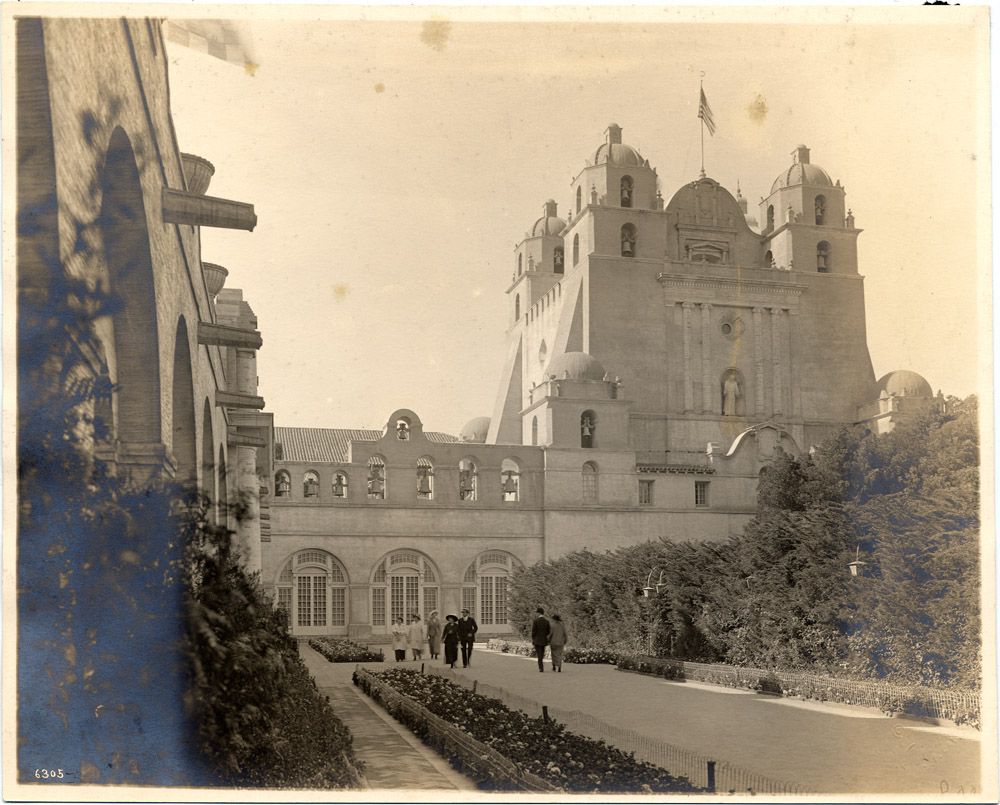 On this day in 1915 the Panama-Pacific International Exposition celebrated California Admission Day – 65 years after California joined the Union. The biggest parade the state had ever seen assembled at the Ferry Building. It was five miles long, and took three hours to pass into the fairgrounds. ... Read More >